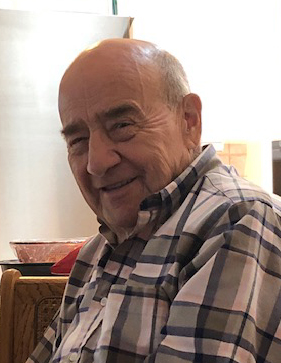 Ed aka “Shuswap Ed” was born in Halifax, Nova Scotia to the late John Paul and Matilda Paul (nee Boutilier) on January 20, 1936.

Ed began his career at Island Airlines in Campbell River, BC in the early 60’s before moving his family to Richmond, BC. Numerous flying jobs kept Ed doing what he loved the most – flying. One job that was most influential for Ed was with West Coast Transmission flying a Falcon 20 under the direction of Mr. Hal O’Keefe.

The early 80’s brought Ed to BC Telephone Company and the beginning of BC Tel Flight Operations. Throughout the years with Ed’s dedication, persistence and knowledge of the business aircraft industry, it has grown to what it is today. From flying the Beaver to the Citation 10, Ed was at the helm.

In 1991, Ed put an indelible mark on the Vancouver Airport by securing 12 acres of prime airport land from Transport Canada to construct an FBO which is known today as Signature Flight Support. Ed’s career involvement also included BC Aviation Council, Airshow Canada and serving as Chairman of Canadian Business Aircraft Association.

Retirement brought Ed to Blind Bay, BC. He loved to play golf, spend summers backpacking with his grandsons, Geocaching and creating woodworking treasures in his workshop. A “bucket list” camping trip to the Yukon and Arctic Ocean in 2018 with his son-in-law and grandsons was definitely a highlight.

Ed will forever be remembered by his generosity and his kind heart.