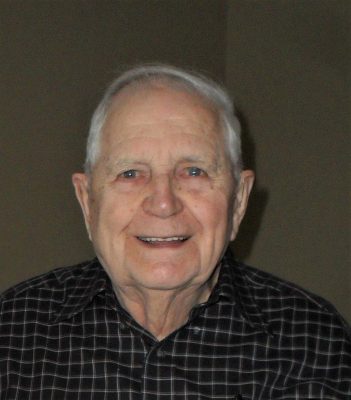 George Stanley Pollard, 91 passed away peacefully on Tuesday May 5 2020.

Stan was born in Vank Leek Hill Ontario as the youngest of 8 children. He travelled west to Southern Alberta by railcar as a teenager to work as a farmhand. Moving to Slave Lake, Alberta Stan worked in forestry before starting his career in the mechanical field. He was the first Fire Chief of Slave Lake and served as a Counsellor. Moving further west to Keremeous, BC Stan operated his Esso Station and became a Deputy Mayor. Setting final roots, Stan opened an Esso Station and built a log house in Salmon Arm, he was again involved in Public service as an Ambulance Attendant. Stan was an avid antique restorer and collector. His retirement found him to be part of many clubs; Antique Car Club, Antique Tractor Club, Lions Club, and the Salmon Arm Fall Fair Board.

At this time, there is no Funeral Service Scheduled. The family would like to thank the Medical and Care Staff that has been part of Stan’s care since 2018.