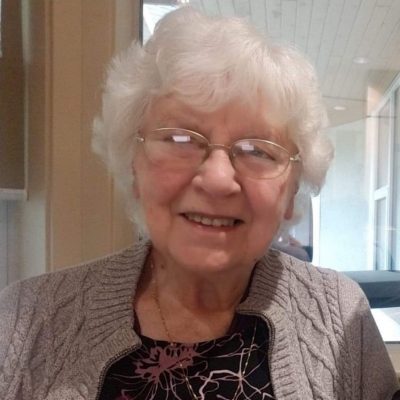 ROUTLEY – Matilda Marie (nee Reimer). It is with great sorrow that we announce the passing of our mother, Matilda (Till) Routley on Fri. Feb. 12, 2021 in Salmon Arm, BC at the age of 89. Mother was born in Steinbach, MB on Mar. 28, 1931 to parents, Diedrich and Marie Reimer (nee Buhr). She studied and practiced as a Psychiatric nurse, was a devoted wife and mother and later became a professional driver, driving taxi and school bus. Mom met Dad and they were devoted to each other for over forty-two years until Dad’s passing. They have six children and raised them in Sardis, BC and then as Dad always loved the north country moved the family to Ft. Nelson, BC It was with great reluctance they left their beloved Ft. Nelson but decided to make their retirement years in Cranbrook, BC close to their family. Mom was known for keeping in touch, with all her extended family, life-long friends and attending Psychiatric Nursing Grad reunions. Mom was predeceased by her parents Dietrich and Marie Reimer; 3 brothers, Menno, Don, and Otto Reimer; her husband Willard Leroy (Roy) Routley, and  a granddaughter Rebecca Grace Routley. She is survived by her brother Richard Reimer (Pat), her six Routley children: Reg (Jean), Ray, Colleen, Gary (Carlene), Shane (Valerie), Warren (Sharon), 13 grandchildren and 14 great-grandchildren. Till was loved and will be remembered by friends at Cranbrook Alliance Church, in Salmon Arm, at Living Waters Church and her caregivers in Bastian Place. There was a private internment in Cranbrook at Ft. Steele Cemetery with her husband (Roy). There will be a Memorial Service planned to celebrate her life. We will be ever grateful to the Fischer’s Funeral Services of Salmon Arm and McPhersons’ Funeral Services of Cranbrook to whom the arrangements were entrusted.