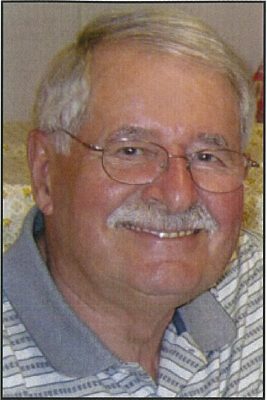 With great sadness we announce the passing of Ed Savoie on July 2, 2021.

Born in Fisherbranch, Manitoba, he spent early years in B.C., before moving to Nipawin, Saskatchewan.  In 1955, he returned to B.C., where he married and raised his five children, and worked as a railroader.  He met his second wife, Betty in 1990.  After he retired in 2000, they moved to Salmon Arm, where they enjoyed traveling, playing golf, and curling.  He was a frequen host of family gatherins, expecially enjoying the children.

Pedeceased by his father Eli, his mother Elise, brother Albert, and a son Roger, he is survived by his wife Betty (Chuck and Laura); his children Therese (Saul), Juliette (Chuck), Todd (Edith), and Lee; his siblings Rita Noella, Vic, Elie, and Marie; 10 grandchildren, and two great grandchildren.

Funeral service was held July 14 at St. Joseph’s Catholic Church.  He was cremated and his ashes will be scattered by his children, in an outdoor space he loved.