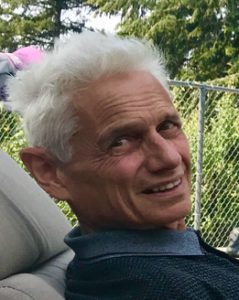 After a long battle with cancer we are saddened to announce the passing of Vidar. He passed away peacefully in his home with his loving wife Marilyn by his side.
Vidar was born in Fredrikstad, Norway and came to Canada with his family in 1954. He married his wife Marilyn in January of 1969 and they moved to Tappen in 1975, where they lived a full life. He worked for many years at Federated Coop as a heavy duty mechanic. His was very passionate about music, theatre, sports and enjoyed good times with family and friends.
Vidar will be missed very much by his wife Marilyn, sons Brent (Vikki) and Kris (Rhonda), and grandchildren Brynn, Kaiya, Paige, Ethan and Finn.  Vidar is survived by his parents Asbjourn and Aasse, his sister Irene, his niece Jenny and family, and his nephew Jon.
Many thanks to Dr. Weicker and his staff for their constant support and compassion.
A celebration of life for Vidar will be held in the spring with the date to be announced.