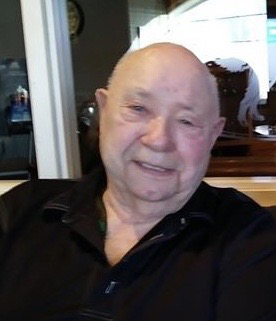 It is with a heavy heart that we are announcing the passing of a beloved husband, father and grandfather on May 14, 2020, at the age of 83.
Ken was born on April 19, 1937 on a farm in a rural area of Shaunavon, Saskatchewan, later, he moved into the town of Shaunavon where he grew up.  He met and married Eileen (Morris) Tiedeman on March 23, 1963.
Predeceased by his mother Myrtle (Tiedeman) Kohl, brother Bruce Kohl, and sister Carole Audette.  He is survived by his wife Eileen (Morris) Tiedeman, and sons Kevin and Rod (Kim). He is also survived by his sisters Donna Cornelius and Beatrice Gould, and brother Richard (Chuck) Kohl (Kim). Also leaving behind Granddaughters Alicia (Ryan) Westermeier, and Jenna Tiedeman, Grandson Kiernan Tiedeman, Great Granddaughter Avery Westermeier, and the daughter he never had Ziggy and her wonderful husband Charlie Hebert. He is also survived by numerous nieces and nephews.
Ken lived in many different places and tried many different things during his lifetime. He worked in the oil and gas industry and was a heavy equipment operator, he was a hotel owner in Fairview and Lougheed AB, and later in life was an owner/operator of a truck and bobcat business in the Alberta Beach area. He also wintered in Creston, BC, and Mesa, AZ for eight years.
Ken’s passions involved being a devoted hockey coach for his son’s hockey team, being the number 1 Oiler’s fan, as well as being the President of the Alberta Beach Seniors’ Club.
He loved to go camping, graduating from tent trailers to several RV trailers, and finally to a fifth wheel trailer which was his pride and joy, and now serves as the “Tiedeman Motel” where friends and family stay when visiting Salmon Arm, BC.
He was an avid “Chicago Blackhawks” and “Edmonton Oilers” fan, never giving up on them. Even on his wedding day he and Eileen’s Uncle Roy had to watch a Blackhawks game (under the table) right after the ceremony.
He was diagnosed with congestive heart failure in Mesa, AZ in 2013, which ended his ability to winter down south. Eileen was his caregiver from then on.
The last eight months of his life were spent in the Good Samaritan Hillside Village Care Home in Salmon Arm, BC. A special thanks to the caregivers who gave him special care and attention, passing in a care home during this Covid-19 outbreak made it especially tough on friends and family. Therefore, a celebration of life will be held at a later date.