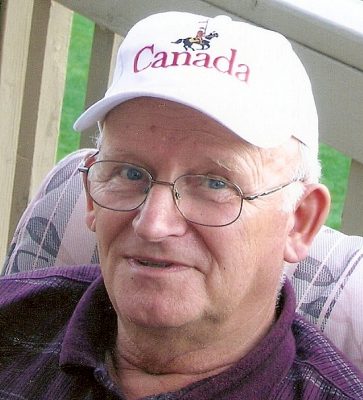 “Fear not, little flock, for it is your Father’s good pleasure to give you the kingdom.”
Luke 12:32

Ed was predeceased by his first wife Wilhelmina in 2004, his second wife Gerda in March 2020 and siblings Teake, John, Mary and Sjoerd.

Ed was born to parents Pier and Jeltje van der Zweep (in Roodhuis, Friesland, the Netherlands) on September 21, 1936. He was the sixth of 10 children; the youngest son. He fondly remembered his early years spent in their small town, living above the family’s café and business, riding in Opa’s wagon or getting into mischief with John. Following the war, Dad’s parents yearned for a farm of their own and for more opportunities for their children, so the family decided to immigrate to Canada in 1950. The entire family worked hard for those first few years to save money for the purchase of a farm. A property was found and the build-up of a first-rate dairy farm would define Dad and his activities for many years; right up to 1990. When Ed was around 26, he met and married Wilhelmina van Wyk. Together they raised their 7 children on the dairy farm.  When possible, Ed and Wilma travelled to visit family that had settled in Ontario, Alberta, British Columbia, the US and Netherlands.  After more than 30 years in the dairy cattle business, Dad chose to spend his last years on the farm with a less labour intensive herd of beef cattle.  In 1997, at age 61, Ed and Wilma sold the farm and retired to Stonewall and to the adventures they could have as snowbirds in their RV.

Sadly, Wilma passed away in 2004, only 7 years into this long-anticipated retirement. After trying to adjust to a quiet house and long days without his partner, he decided to spend a winter in interior BC, an area he loved and a climate not as harsh as MB.  He traveled to Salmon Arm to visit his sister Theresa and her husband Joe.  He rented an apartment, explored the area and began to meet new people and make new friends; one of whom was Gerda der Kinderen.  They became very close and decided to marry the next year, in 2006. Ed became stepdad to Gerda’s daughters, Astrid and Monique, and Opa to her grandchildren.  Their first few years were spent on adventures travelling together to new places and revisiting the Netherlands, to visit family and friends. They shared much laughter, love and support for each other. Although through the later years, they experienced more sickness than health, they were a beautiful example of devotion for both their families.

When Ed’s failing health made it impossible for him to continue living at the condo with Gerda, he resided at the Hillside Village care home, where Gerda would visit him several times each day and he would have visits back to the condo on the weekends.  Late in 2019, Gerda’s health began to fail and in March 2020, Gerda passed away.

The last 5 months of Ed’s life were spent in the good hands of the staff at Good Samaritan Hillside Village, and his family will always be grateful for the compassionate, friendly and dignified care he received, when we were unable to be with him.

Dad, you taught us so much, to be caring, compassionate, kind, and the value of a good work ethic. You instilled in us values which will remain as part of your legacy. You were a wonderful Father, Opa, Brother, Uncle and friend. We will all miss our conversations together and will love and cherish you forever in our hearts.

Due to Covid-19 restrictions, the Funeral Mass will be by invitation only. When it is again possible, we hope to have a gathering to celebrate Ed’s life. In lieu of flowers, donations may be made to Parkinson Canada or CancerCare.