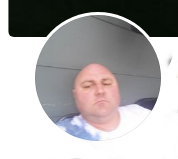 With heavy hearts we announce that Michael Barry Yuill passed away March 23, 2022 at the age of 48.

Michael was born April 22, 1973 to his mother Maureen Yuill in Hinton, AB. He passed away unexpectedly with his family by his side.

Michael has been in the Salmon Arm area for 30 years and was well known in the community. He has been a training officer at White Lake Fire Hall, owner of Heaven Sent Satellite, bartender and bouncer at Outlaws, manager of Off the Beat Pub. He was also known as Shrek, Big Mike and Boss for Salmon Arm Security.

Rest in Peace My Son….